Producers Win With NForganics and Schulist 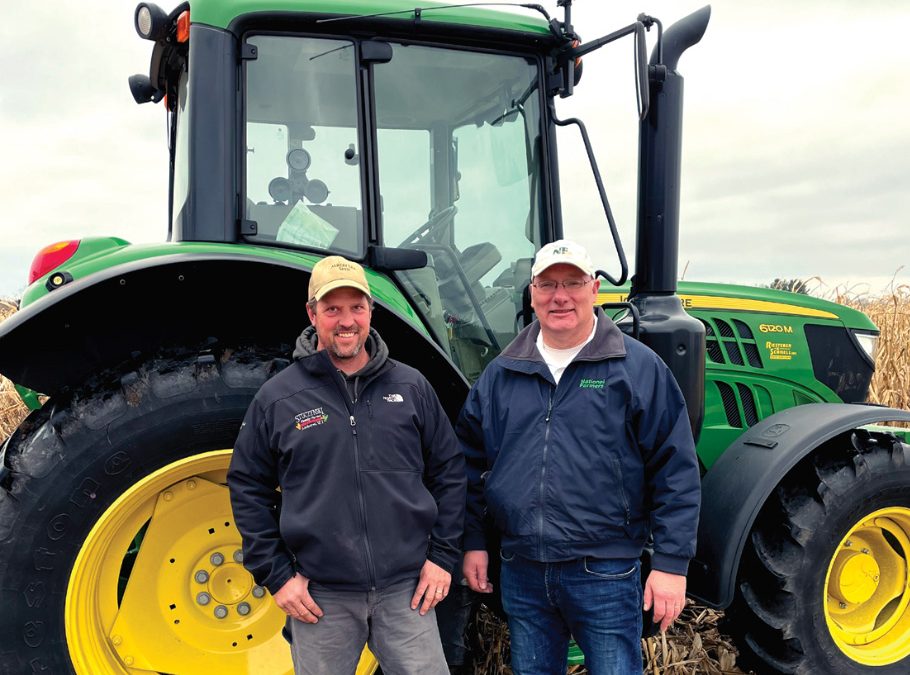 “We’re getting referrals from all over,” Schulist said. “We’ve increased business in Illinois, Wisconsin and Iowa. Minnesota and South Dakota are always loyal.” Bob Stuczynski, Amherst, Wisconsin, has been marketing with NForganics for more than a year.
Schulist marketed for him at another group and the two are benefiting from the partnership again. Stuczynski farms 350 organically-certified acres, raising corn, soybeans, small grains and hay.

“Mike finds buyers for our products and has been at or near the top of the market for the most part. And he makes sure I get paid. That takes some of the pressure off of me for the marketing,” Stuczynski said. “Negotiations after the fact can happen. There’s definitely a benefit to having someone take care of those details and some of those logistics for you.”

Relationships open doors in ag marketing. “I have a few customers we’ve been dealing with long-term,” Stuczynski said. “But they can’t buy everything we have, so it’s good to have the option of Mike Schulist selling through NForganics,” Stuczynski added. “The relationships Mike as a marketer has built over the years, that’s part of what you’re paying for is access to that relationship.” Schulist also credits Tim Ennis, past program manager, who continues to assist producers and market organic crops. “In October, Tim did a sale of 40,000 plus bushels of organic corn from Kentucky to Missouri.”

The process, details and follow-up involved in the sale took a significant amount of time when Schulist needed to focus on the overall program. “Tim handled all of it. That was a nice bit of business,” Schulist added. Luann Robinson is the NForganics office manager, in essence. “She handles the contracts, handles all the entries, pays all the bills. She’s got a powerful job. She sends the checks to farmers,” Schulist said. “She deserves credit where credit is due.”

More Growth Factors
Schulist said farmers want to be involved with a group pooling their bushels together. “They’re asking me the question, why is the market softer than it was last year? What’s drawing them to us are the weaker prices and the thought or the fear of the market following a trend to produce more,” Schulist said. “The industry is calling for more organic farmers and more production, but they want cheaper prices, too. That’s a concerning trend,” he said.

Schulist urges NForganics producers to remember it’s important to be diverse in their crops. “Selling bushels is key, but market information and consulting helps producers make informed decisions, ultimately improving their bottom lines.” Some crops are better tried at a smaller scale at first, such as buckwheat and organic flax, and a market is developing for organic Kernza, a type of perennial wheat, and Schulist is exploring outlets for dry edible beans.

Schulist works from his office in central Wisconsin. He has 13 years of experience in organic marketing, and took over management of the NForganics program in 2018. “At NForganics, we’ll be looking out for best interests of our producers for years to come,” he said.