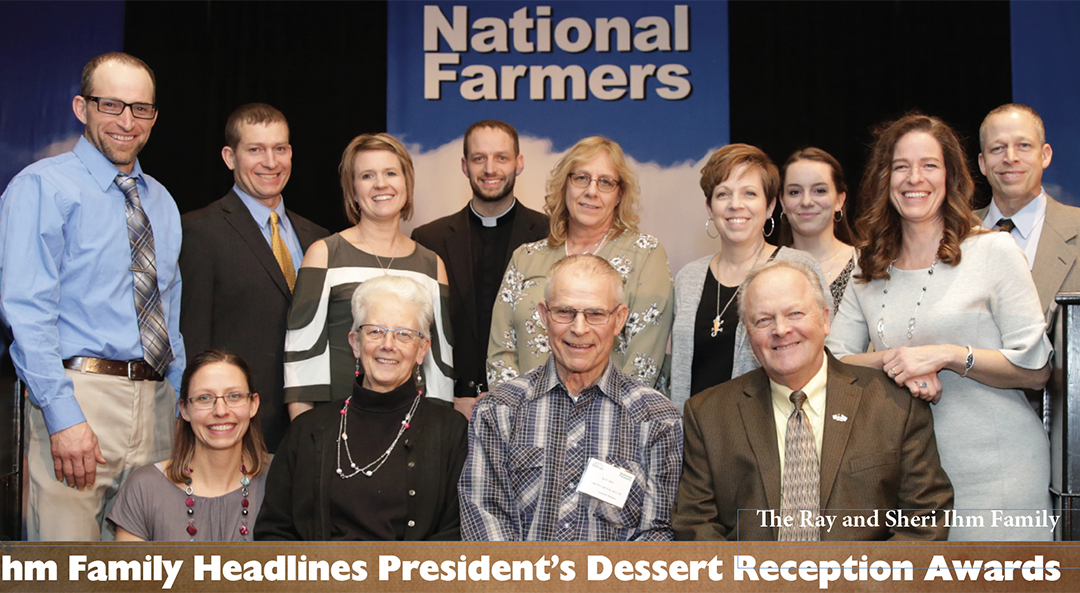 The first honored a multi-generational National Farmers family from Lancaster, Wisconsin. Ray and Sheri Ihm became members in 1967, but Ray was no stranger to the organization. His father, Frank, was active for many years before that time.

Raymond has been a Wisconsin county and district president, and worked actively on various National Farmers livestock marketing center boards, dairy committees and with NAFCOR in Wisconsin.

Through the decades, the Ihms have attended nearly every state and national convention. Much of the Ihm family joined Ray and Sheri Tuesday night to celebrate the award presentation.

Jim Wedeberg is one of the seven organic farmers that founded Organic Valley, the dairy pool within CROPP Cooperative. He has worked as a dairy pool director for Organic Valley and traveled abroad representing the company as well.

Wedeberg purchased his grandfather’s farm in 1979. He values family, community, staying connected to the land and treating it with the respect it deserves. He farms with his sons, Jake and John. He accepted the award with his wife, Julie.

The National Farmers dairy team has worked hard to secure a new home for those producers, and their milk. The team accepting the award was led by Northeast Regional Director Don Harnish, and staff member Kate Lucas.

Today, the region has grown to become the largest area of the country in milk volume the organization handles.