Past Staffers Pass Away 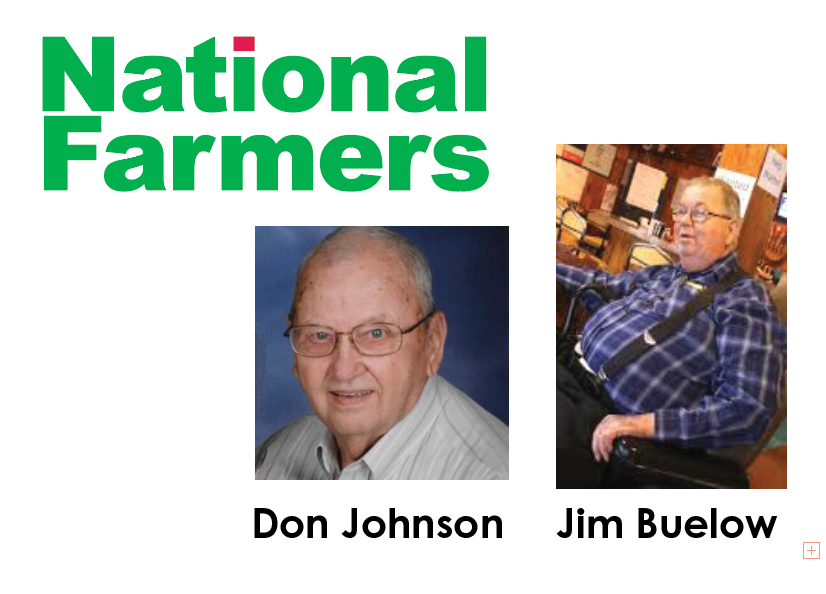 His career in the dairy industry spans more than 35 years. He was the owner operator of a dairy farm in the Northeast from 1966 to 1987. He joined National Farmers Organization as a staff member in 1983 for a 16 year career here. He held many positions at National Farmers, including Director of Marketing in the northeast, former Federal Orders 1, 2, 4, 36, 33 and surrounding areas.

He belonged to Northeast Dairy Foods Association, and was a farmer at heart who worked for and supported the dairy industry his entire life. He also managed and Worcester Creameries. He is survived by his wife, Lurline Tuttle Buelow; sister, Joanne Coustanis; brother, John Buelow; and children, Craig Buelow, Wayne Buelow, Mark Buelow, Tracey Lasher and Jacklyn Van Rensselear.

Donald J. Johnson, 87, Cascade, Iowa, passed away on Tuesday, December 22, 2020, at his home in rural Cascade surrounded by his family. The couple farmed in the Cascade-Fillmore area, and Don worked at National Farmers Organization for 19 years. “He told it like it was and always listed a number of reasons why we needed to work together and stay united toward the common goal of receiving fair prices for all our hard work,” said National Farmers Dairy Divisional Manager, Roger Nelson.

He is survived by his wife, Patricia Johnson of Fillmore, Iowa; nine children, 22 grandchildren; 25 great grandchildren and one brother.
Don was a veteran, having served in the U.S. Army in the Korean War. He was a member of the Cascade American Legion Post #528 and St. Matthias Parish.