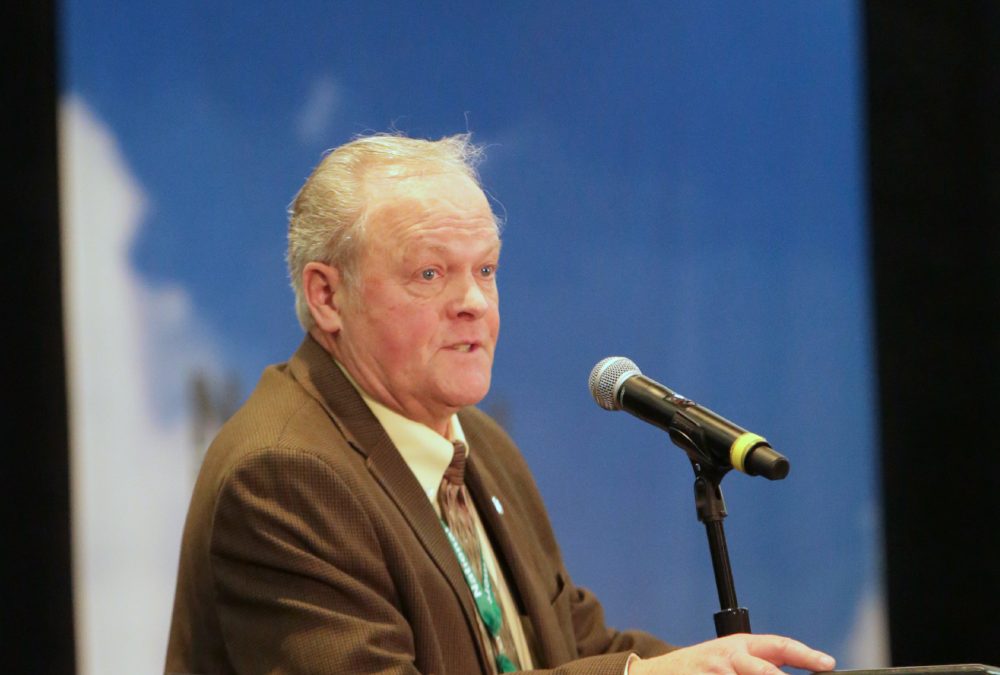 (Ames, Iowa) February 14, 2020 — At its 2020 Marketing Vision Convention in Bloomington, Minnesota February 11, National Farmers President, Paul Olson, Taylor, Wisconsin spoke about the state of affairs in agriculture and the impacts continuing mergers and buyer consolidation has had on farmers and ranchers.

“I never would have believed I would see the declining number of dairy farms the industry has felt the effects of in the last ten years,” Olson said. His home state of Wisconsin has lost two farms per day for the past two years. Referencing growing concerns of buyer consolidation and lack of market access for producers, he called for the justice department to intervene.

Olson said trade experts and government officials have told farmers that the nation can export its way to prosperity. “America should instead focus on worrying about domestic markets first, and then international markets,” he emphasized. The country needs to wake up and pay profitable prices that farmers need to survive.

Earlier in the day, Dr. Harwood Schaffer, Director of the Ag Policy Center, University of Tennessee, spoke about agricultural trade and traced the history of farm prices. He pointed out America’s ag exports began with tobacco in the 1670s.

He said once England’s appetite grew for American tobacco products, our production increased to meet their demand and producer prices were high. But, supplies surged here in subsequent growing seasons and prices declined dramatically, as Americans continued to over-produce. Schaffer said the first supply management program was actually developed in the late 1670s, as the American colonies implemented tobacco acreage limitations.

He stressed that the same fundamentals have been repeated in cycles, no matter the crop. But, that supply management has largely been left out of the equation.

Schaffer said net farm income continues to decrease today, and once trade facilitation payments cease, he is concerned a farm crisis as hard-hitting as the one in the 1980s may hit agricultural producers.

He emphasized supply management programs that are environmentally and economically sustainable are a must for farmers now.