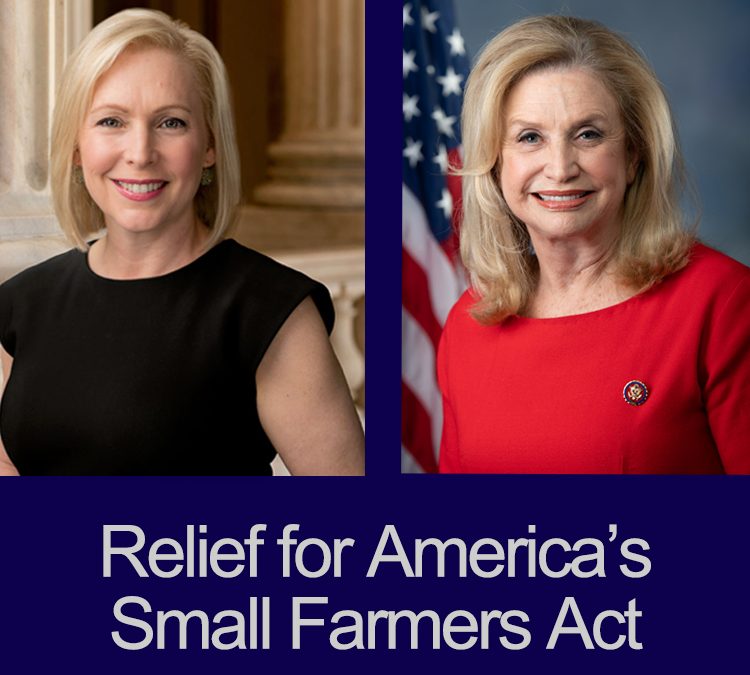 For more than six years, farmers and ranchers operating at a wide range of scales and producing a variety of commodities have received prices consistently below their costs of production, driving the climb of farm debt to historically high levels.

Increasingly intense and frequent natural disasters, such as the historic 2019 flooding throughout the Midwest, and volatile trade disputes that further degraded prices, have rocked farmers. This has resulted in more than $415 billion in farm debt and the loss of more than 38,000 farms since 2016.

“What farmers have weathered since 2016 is virtually unbearable, and now the pandemic has put a bold question mark behind producers’ economic futures,” said National Farmers Organization President Paul Olson.

The Relief for America’s Small Farmers Act would provide direct debt relief for small farmers around the country by providing a one-time loan forgiveness of up to $250,000 across three types of USDA Farm Service Agency loans: direct operating, direct farm ownership and emergency loans.

Eligible farmers must have an average adjusted gross income of $300,000 annually, or less over the previous five years, regardless of what they grow.