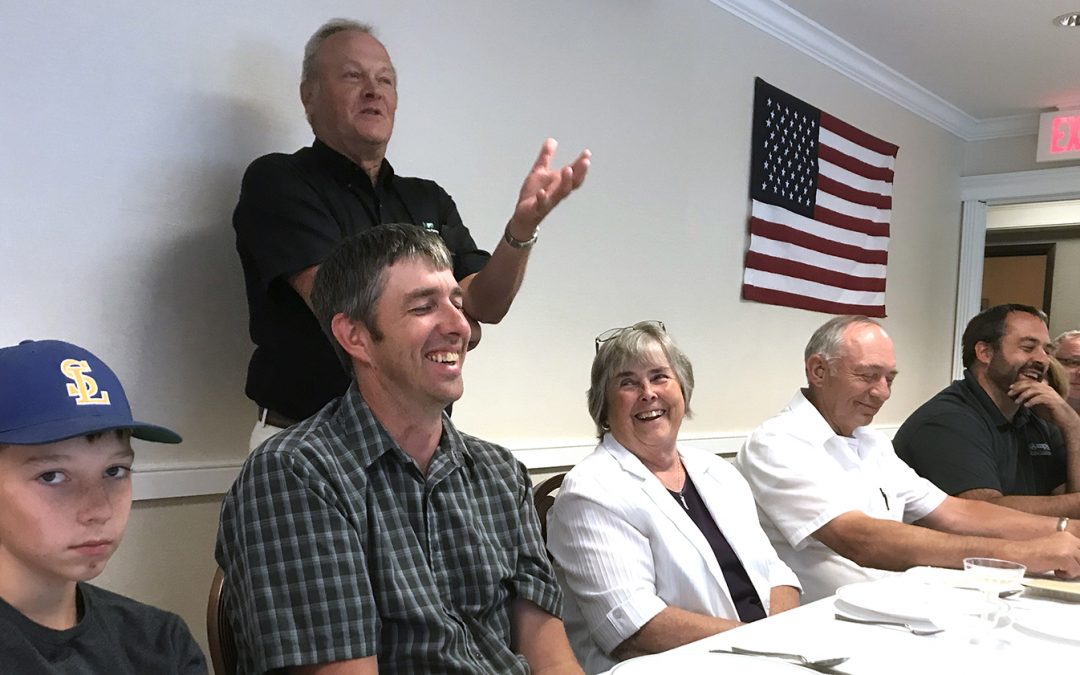 Livestock Director Garry Crosby was late for his July 30 marketing team dinner. By the time he walked through the doorway, a crowd of well-wishers greeted him. Completely surprised, he then noticed two of his sons and a grandson in the audience. And he became emotional.

Garry had walked into a full-blown surprise party for his retirement as head of the Livestock Division. The new Livestock Director, Pat Lampert had orchestrated the evening with Loree Ness, Livestock settlements supervisor.

“I cannot say enough good things about Garry and all he has done not only for the Livestock Division, but for my personal growth as an employee,” said Lampert. “The Crosby family has done so much for the organization over the decades, and I want to thank Garry for his leadership in Livestock,” said National Farmers President Paul Olson.

The crowd looked on as a cake was cut after dinner, and then Pat Lampert led a celebratory roast.

Family members and staff alike told stories about Garry, as bouts of laughter and words of gratitude peppered the ceremony.  “The organization has meant a great deal to Garry, and his entire family gives their time and talents to the organization, in order for us to not only grow but help farmers across the country,” said Olson.

Crosby will assume the role of assistant to the president, as Lampert steps up to lead the Livestock Division.