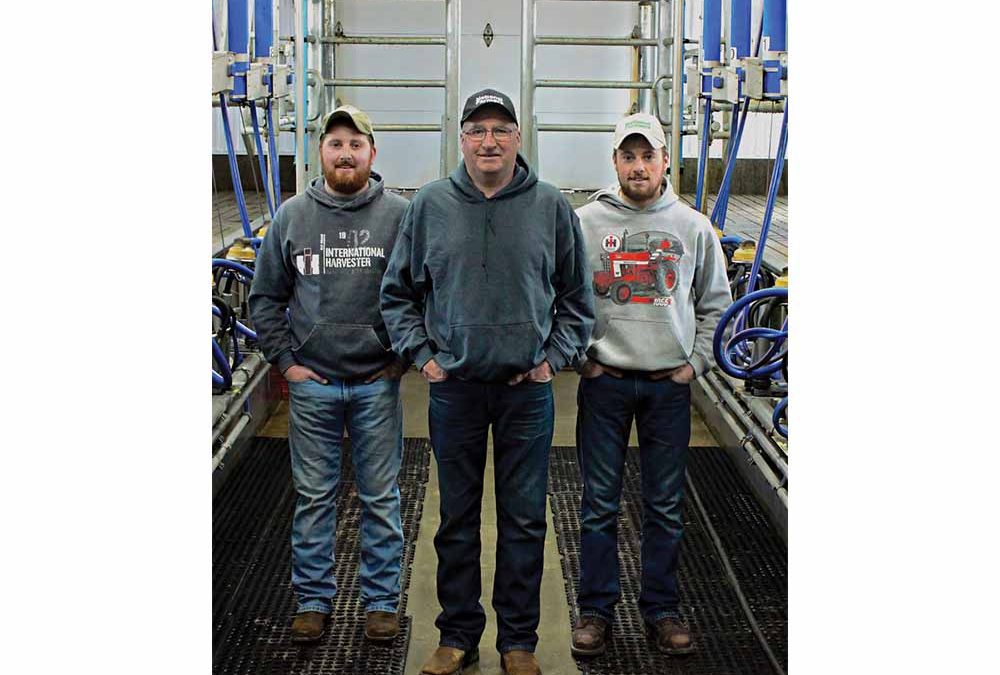 Wisconsin has been a leading producer of all things dairy since the late 19th century. At that time, the state transitioned away from being part of America’s breadbasket, growing wheat and became the dairy state.

According to the USDA, Wisconsin is the second largest milk-producing state, accommodating one-fourth of the nation’s dairy farms within its borders. Most of these farms, 95 percent of them, are family-owned, reports the Wisconsin Dairy Association.

The Hayes family of Columbus is one of the hard-working dairy families in the state. Jim and Dawn Hayes, and their son, Andrew, milk 100 cows, farm 500 acres, raise their own replacements and fatten around 40 steers.

Transitioning to Organic
Transitioning to organic takes about three years because of USDA regulations. “We were already doing most of the things needed to be certified as organic: limiting the use of antibiotics, using manure on fields rather than commercial fertilizers, feeding our home-grown products, and rotationally grazing our cows during the growing season,” said Jim Hayes.
Utilizing the market leverage of National Farmers enables the Hayes’ to command a better price for their milk. “Organic milk gives us a better return on our investment, and the pay price is more stable than conventional milk,” noted Hayes.

A freestall barn and a double-eight DeLaval parlor are used for milking the mainly Holstein herd. Dawn handles the cleaning in the parlor and raising the calves. “All the cows are artificially inseminated,” explained Dawn Hayes. “The first-calf heifers are bred to Angus bulls. Those are the steers we keep and fatten. The other cows are bred to either a polled Holstein or a Jersey bull. These first-generation cross cows work well in our program,” Dawn Hayes said. She emphasized that the crossbreds bring up the milk components and fit well in their freestalls, being just a bit smaller than their Holsteins.

The Hayes’ take advantage of National Farmers livestock programs to market their cull cows and fattened steers. “We sell some fattened steers to local customers for freezer beef,” Jim Hayes said. Their son, Austyn, also fattens some calves at his farm. “All of our stock ends up being marketed through National Farmers, even those calves we sell to other producers,” Jim Hayes said.

“We grow alfalfa, corn, sorghum, and forage peas and oats to feed the cattle. When the cows are on pasture, Dawn moves a lead electric wire every 12 hours to better manage our pastures and ensure the cows have access to the most nutritious forage. The pasture provides 70 percent of the cow’s ration during May and June, reducing our labor during a critical time of the year,” emphasized Jim Hayes.

Regenerative Agriculture—Good for Livestock and Land
Rotational grazing means the cows are feeding themselves and distributing their manure, enabling the Hayes clan to concentrate on planting in the spring and haying in the summer. It’s all-hands-on-deck when haying time rolls around. All the children and their significant others lend a hand during haying season after their full-time jobs.

The cows are not the only thing rotated on the Hayes land; the crop fields and pastures are also rotated. Two of the challenges in organic farming are planting dates with enough time for crops to mature and weeds overtaking crops. Organic crops need warmer temperatures for germination, so often they are planted later than conventional crops. “Our corn is typically planted later than conventional corn, but waiting to plant crops until May and June reduces our growing days and can give weeds a headstart. Alternating crops and pasture, utilizing a pasture for three years and then putting it into corn for a year assists with weed control, increases crop yields, and improves soil health.”

“National Farmers’ focus has always been the family farm and independent producers,” says Jim Hayes. The ability to have a block of production and collectively bargain allows small producers to compete in a marketplace that favors corporate production. The Hayes’ appreciate that they can market a wide variety of products with National Farmers’ assistance using the dairy, livestock, and organic grain programs.

Jim values the ability to work with many different buyers, enabling him to have options in the marketplace that wouldn’t be available to him as a single producer. “Because the organization is nationwide, they can apply significant upward pressure on the market. More leverage in the marketplace translates to receiving a higher price for our products.”
National Farmers also assists the Hayes’ when they need to purchase organic feed. “We rarely market grain, needing what we produce for the cattle, but we have purchased feed through the National Farmers organic grain program.”

Giving Back
Involved in all things dairy, Jim and Dawn are active in many organizations. Jim has worked on the dairy executive committee for Organic Valley and is involved with NAFCOR, in addition to his work with National Famers. Together, they have held more than 11 positions within the organization.

A Bright Future
The Hayes’ dairy is going strong and growing as the fourth generation takes an active role in the management and day-to-day decisions on the farm. Jim and Dawn hope the dairy continues to be an excellent place for their children to raise families. They would like to see their children continuing some of the traditions that began with their great grandparents, while also benefiting from new technologies and being flexible in an ever-changing marketing landscape.

With the help of numerous National Farmers programs, small farmers, like the Hayes’, become empowered by grouping production together. The market leverage gained enables all producers the opportunity to work toward a brighter and more sustainable future. 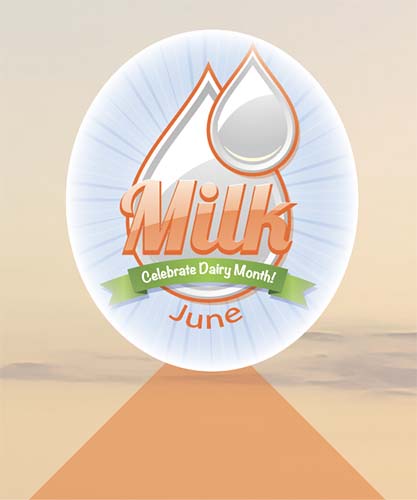