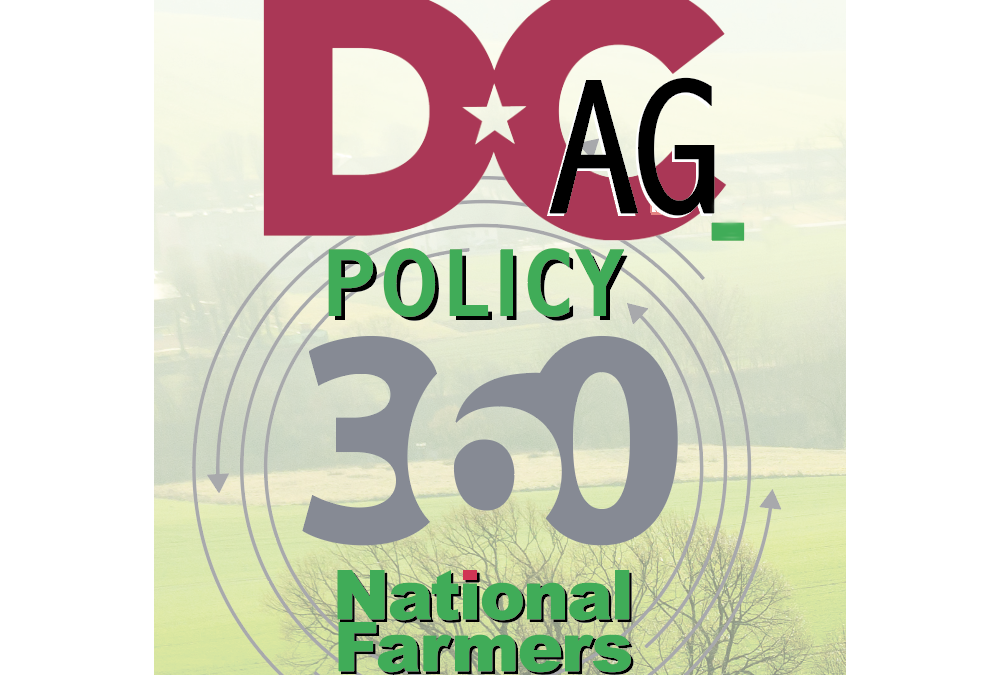 Only nine months after a USDA proposal to transition away from metal and plastic identification ear tags, USDA reversed course. They can now be used indefinitely on dairy cattle, cattle that cross state borders and on cattle exhibited at fairs.

In case of an outbreak of dangerous diseases, APHIS was signaling radio frequency identification tags would be the only approved tag. In a recent statement, USDA said it would not finalize its July 2020 phase down proposal and “all current APHIS-approved methods of identification may be used… until further notice.”

Cattlemen believe they would be responsible for additional costs for the bookkeeping required, along with potential liability if blamed for diseased animals.
Agriculture.com

Specifically, the FEEDD bill would:
• Create an emergency waiver authority for the Secretary of Agriculture to allow for haying, grazing or chopping of a cover crop on prevented plant acres before November 1 in the event of a feed shortage because of excessive moisture, flood or drought.

Under this waiver, producers would not see a reduction of their crop insurance indemnity. It would direct the Secretary to establish regional haying and grazing dates for each crop year.
The current date, November 1, would be set on a nationwide basis and puts producers in the upper Midwest at a disadvantage. The bill would provide flexibility for the Secretary to move up the haying and grazing date for states in the northern part of the country.

It would also maintain crop insurance program integrity and will have no impact on a producers’ Actual Production History.

Though specifics of the plan haven’t yet emerged, the concept is a novel one: With scores of major corporations having made grand promises about achieving carbon-neutrality, USDA would help offer a chance to buy credits to offset their pollution by supporting farmers who plant an extra batch of crops such as cereal rye and clover or make other on-farm changes to help absorb carbon dioxide into the soil.

Such agricultural techniques would bring about a net reduction in greenhouse gases.
Secretary of Agriculture Tom Vilsack says the focus on climate offers a tremendous opportunity for farmers to earn additional income in the creation of a viable carbon market for actions taken by farmers to sequester carbon. “Agriculture is poised to be a leader in this effort,” he says. A recent executive order seeks input from stakeholders including farmers on how best to create a new carbon market.

To offset the cost, the plan would also amend the corporate tax code.
Though strengthening rural infrastructure has long been a priority for National Farmers Union, the issue has become a particular concern as the pandemic and climate change-related events have further stressed systems and revealed deficiencies.

RFS To Get Back On Track Says EPA Head

In a radio interview with the Brownfield Network, new Environmental Protection Agency Administrator Michael Regan said his agency is working hard in an attempt to get the Renewable Fuel Standard back on track. “More transparency, more certainty in the decisions that we make. And looking at fuel volumes and things like that,” Regan said.

During a March 24 segment on the Agri-Pulse Ag and Food Policy Summit, Regan said EPA will look at new emission standards for passenger cars and trucks.
“(Electric vehicles) are very important, but we’re going to need a suite. A suite of options for our transportation agenda, and biofuels, especially advanced biofuels, are part of that agenda,” Regan told Brownfield. Regan did not talk about the EPA announcement to extend the compliance deadline for refiners.
Brownfield