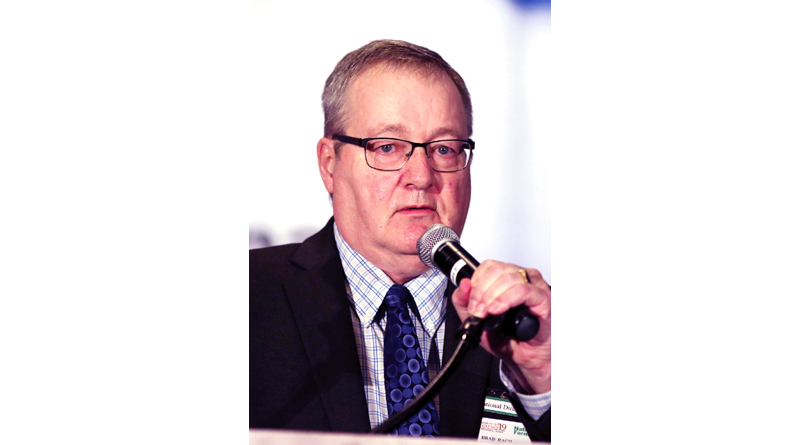 Bloc Voting Must Go, Here’s Why

By Brad Rach
Our longtime staff member and dairy risk management coordinator, Wayne Moore called after convention to offer his congratulations. He said he never thought he’d see the day when Farmer’s Union, Farm Bureau, Pete Hardin and the National Dairy Producers Organization would be strongly in support of a National Farmers Organization issue.

Wayne was referring to our Dairy Workshop presentation about ending bloc voting. National Milk Sales Director Dick Bylsma did a wonderful job outlining our concerns and what needs to be done. Then four individuals offered their video testimonials, encouraging us to keep up the good work.

While we generally favor marketing orders for dairy farmers, the bloc voting provision has outlived any usefulness it may have once had. In 1937, there were millions of farmers, many of them still using horses and mules. None of them had access to 21st-century communications methods. Furthermore, dairy cooperatives were generally small and local, so the interests of one member farmer were not likely very different from those of another. Efficiency, if nothing else, could be used to justify bloc voting back then.

Contrast this with today, when dairy farm numbers are measured by the thousands rather than the millions. The communications options available to today’s dairy farmer far exceed those of the 1930s. Add to that the sea change in cooperative size and influence—the largest cooperatives have thousands of members, representing a range of farm sizes and geographic locations that make fair representation with a single vote impossible.

We need to bring voting provisions of the Act more in line with the agricultural system that feeds us in the 21st century. It’s time to further build our base of support and seek sponsors for legislation to set things right.

You, and thousands of other dairy farmers like you, are the best people to lead our industry. Here at National Farmers, we want your vote to be heard loud and clear every time matters that affect your livelihood are on the line.